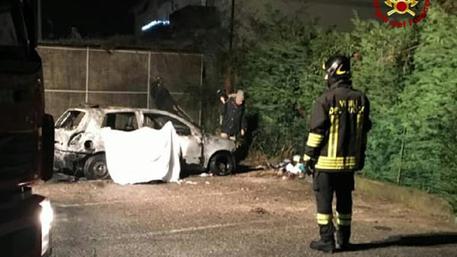 (ANSA) - Verona, January 12 - It was the younger of two boys who set fire to a homeless man near Verona on December 13 who admitted killing the man for kicks, Italian police said on Friday.
The 13-year-old boy said he and his 17-year-old companion made "partial admissions" about the terrible "prank" they played on a 64-year-old Moroccan found burned to a cinder in his car at Zaveio near Verona , police said after the incident gained major headlines.
Given his age, the younger boy is not liable to arrest or detention, judicial sources said.
The fire on the old Fiat Bravo containing Ahamed Fdil was set using a number of rolls of kitchen paper, perhaps taken from a nearby pizzeria, police said.
It is not clear whether they were thrown into the vehicle or under it, police said.