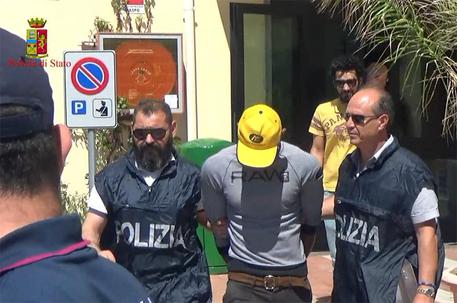 (ANSA) - Palermo, June 20 - Police from the Sicilian city of Agrigento arrested a 25-year-old Nigerian suspected of being part of a criminal gang involved in human trafficking between Libya and Italy who allegedly killed, raped and tortured asylum seekers in the Libyan jail where migrants waited to leave. John Ogais, who was nicknamed Rambo, was at the Cara "S.Anna" reception centre at Isola di Capo Rizzuto near Crotone in Calabria.
Ogais reportedly arrived in Calabria last February and was taken to the centre soon afterwards.
Investigators started probing him after some migrants identified him as one of the torturers who operated in Libya.
Crotone prosecutors were contacted by colleagues in Agrigento who had heard of the presence in the Crotone area of "Rambo" after arresting his alleged accomplice, Ghanaian Sam Eric Ackom, last March.
In the end, the Crotone prosecutors' activities led to an arrest warrant issued by Palermo's anti-mafia and anti-terror office.