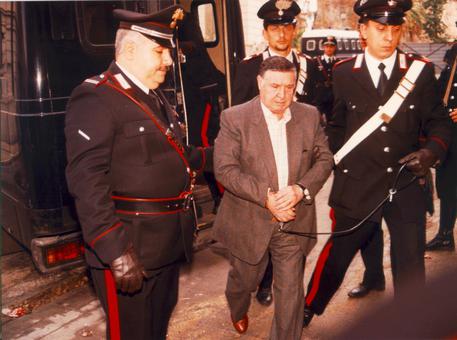 (ANSA) - Milan, June 6 - Lombardy Governor and former interior minister Roberto Maroni said Tuesday that he backed the supreme court for saying ailing former Cosa Nostra boss of bosses Totò Riina is entitled to a dignified death and so a Bologna detention review court should re-examine a defence plea for him to be moved to house arrest or have his life sentence shortened. "I don't agree with those who say Riina must die in jail because he is Riina," Maroni said. "Riina is the boss of bosses, but there is a level of humanity that must prevail when someone is about to die." Maroni later clarified his thinking after some criticism, saying "I didn't say free him but only that I accept the Cassation Court's ruling on a human level".
The anti-establishment 5-Star Movement accused Maroni of "quibbling" and said Riina should "stay in jail where he will get all the care he needs". The head of the Italian magistrates union ANM, Eugenio Albamonte, said he agreed with Maroni, saying the Cassation Court recommendation was a "sign that the State is stronger than the Mafia".
Albamonte said the Italian judiciary could be "proud" of such rulings, while also saying that his thoughts went out to the relatives of Riina's victims.
National anti-mafia and anti-terror prosecutor Franco Roberti meanwhile said that Riina "must stay in jail because he is still the head of the Mafia".
Tina Montinaro, the widow of slain anti-Mafia judge Giovanni Falcone's chief bodyguard, said Riina did not deserve a dignified death because he "did not give my late husband any dignity".
Other relatives of those slain on Riina's orders, including the daughter of assassinated Palermo prefect Carlo Alberto Dalla Chiesa, Rita, have come out against lending any "dignity" to the ex-boss of bosses.