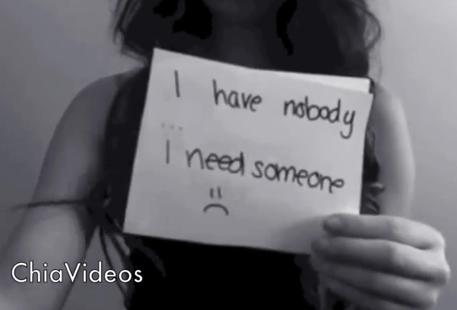 (ANSA) - Milan, February 1 - Online bullying is on the rise in Italy, according to a study just released by the Lombardy region.
The research published on Tuesday said that over the past year cyberbullying cases have grown by 8% and that one in four teens was involved in sexting - sending sexually explicit messages or images by cell phone.
In addition, one in four teens said they started sexting for the first time aged 11 to 12.
The research was presented at a congress on cyberbullying promoted by the Lombardy region on the day the Senate approved almost unanimously a bill aimed at fighting the phenomenon.
The bill on Tuesday garnered 224 ayes, one nay and six abstentions and has returned to the Lower House because changes have been made.
Luca Bernardo, the director of the pediatric center Fatebenefratelli Sacco in Milan, which has hosted since 2008 one of Italy's leading observatories on the phenomenon, said the data showed the situation is getting worse.
"It is necessary to intervene and the motto is prevention: families and schools need to be informed on the revealing signs to recognize cases of cyberbullying", he said.
The center in Milan registers an average of some 1,200 cases a year, 80% of which involve the internet, including cyberbullying, sexting, online gambling and internet addiction.
Youths treated at the center "come from all over Italy - he explained - because few or no structures treat the phenomenon". Treatment should be available in all regions, stressed Bernardo, calling for appropriate funding when the bill on cyberbullying is approved to fund treatment centers and training programs for teachers and parents.
Bullying victims are hard to identify because they tend to isolate themselves, he noted.
Suicide can be an extreme consequence of bullying, which can also induce self-harm, anxiety, depression and anorexia.
According to data on 2016 presented by the National observatory on adolescence, 4% of a sample of 7,000 teens from all over Italy said they "had sex" sending photos or videos on WhatsApp, social networks or through text messages.
A reported 6.5% was involved in sexting, 2% had sex in front of a webcam and 10% took intimate selfies.
Paolo Picchio, the father of a 14-year-old who committed suicide after a sexually explicit video of her was shared by her school friends, said that, "armed with a smart phone, teens can ruin their lives".
Picchio, who has made it his priority to fight cyberbullying, explained that he is contacted every day by parents from all over the country who ask for help.
"I tell kids who are victims of cyberbullying not to hesitate and talk, while I tell bullies and cyberbullies: what you are going is not just foolery, it's a real crime", he said.