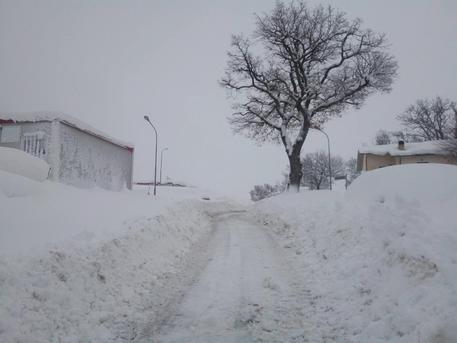 (ANSA) - Arquata del Tronto (Ascoli Piceno), January 18 - Three farmers reported missing after an earthquake on Wednesday morning and who are from the town of Arquata del Tronto in central Italy have been found. The regional Civil Protection has said that no other individuals have been reported in the area, where communication is difficult due to the snow. Many animals, however, have been killed or injured as a result of the earthquake due to the collapse of barns weakened by the heavy snowfall and many animals cannot be fed in remote facilities. The Italian farmers association Coldiretti said that many animals had died in the area hit by the day's earthquake, "in territory that is predominantly an agricultural economy, with a high number of sheep and cows that are suffering in the cold".
Coldiretti said that "only 15% of facilities to protect animals have been completed and farmers do not know where to take shelter their cows, pigs and sheep and they are thus forced to remain in the cold, at risk of getting sick or dying, or in precarious structures that are collapsing under the weight of the snow and the latest tremors." "In the Marche region alone," it continued, "there are at least 600 cows and 5,000 sheep stuck out in the snow without shelter. This number is an underestimate since many farms in the areas hit by the earthquake are remote and unreachable due to unrelenting snow. Milk trucks have not been making their rounds for days due to snow blocking the roads. The army's announcement that it will intervene to open up the roads is thus important." "The situation," it concluded, "is unsustainable for humans and animals. Faced with a disaster that was to be expected, we will act to identify those responsible and act in accordance, alongside our farmers."