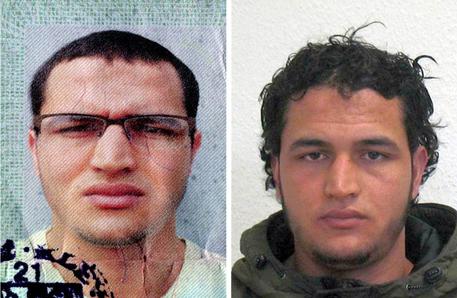 (ANSA) - Berlin, December 22 - Anis Amri, the Tunisian man who is wanted over Monday's attack on a Berlin Christmas market in which 12 people were killed, may have been radicalised in an Italian jail, his brother reportedly said on Thursday. "He might have been radicalized in prison in Italy after he left Tunisia," Abdelkader Amri told Bild. "If it's proven that he was involved, he will no longer be part of our family". AP spoke to another of Anis Amri's brothers, who called on the suspect to turn himself over to police. Amri, 24, reportedly arrived in Italy in 2011 and was detained at Palermo's Ucciardone prison after he was arrested in Catania for taking part in an arson attack and for issuing threats and causing bodily harm and damages.
After serving a four-year term, he left Italy for Germany instead of being deported back to his homeland because Tunisian authorities did not recognize him as a national in time.