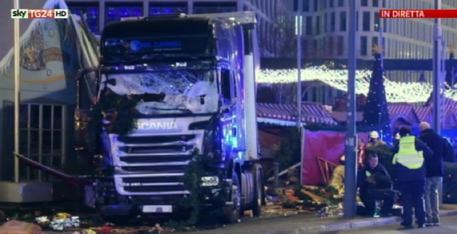 (ANSA) - Rome, December 20 - The lorry used in an attack on a Berlin Christmas market yesterday evening that claimed at least 12 lives left from Italy on December 16, qualified security sources said Tuesday. However there is no connection between the attack and Italy, the sources said. The lorry crossed the Brenner Pass around 18:00 last Friday, after being loaded with sheet metal at a plant in Lombardy's Brianza area.
It never returned to Italy, investigators said. German officials confirmed that satellite data shows the lorry was parked in Berlin from January 17-19, not far from the street market where the attack took place.