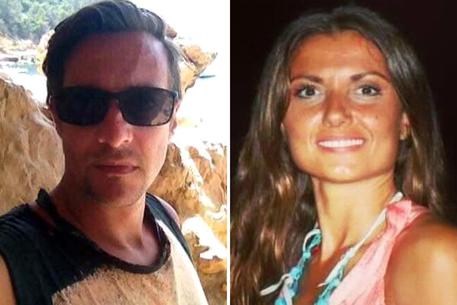 (ANSA) - Naples, November 25 - A woman set on fire by her former boyfriend earlier this year said on the international day against violence against woman Friday that "looking into the mirror and not recognising yourself is the hardest thing to face". Carla Caiazzo, 38, was doused with inflammable liquid and torched by Paolo Pietropaolo February 1 while she was eight months pregnant. Pietropaolo, 40, was sentenced Wednesday to 18 years in prison. Prosecutors had requested a 15-year sentence .
He told prosecutors he could have killed her, but wanted to ruin her face instead because she was beautiful. "I had no intention of killing Carla... after setting her on fire I could have run her over and I didn't," Pietropaolo said. "I wanted to disfigure her because she is a very beautiful girl".
Caiazzo sustained third-degree burns to her face and upper body and has undergone 21 surgeries since the attack.
Doctors managed to deliver her premature baby - now a thriving nine-month-old girl - after a neighbor rescued Caiazzo by putting out the flames while Pietropaolo fled the scene in his car.
The incident took place in the street in front of the couple's home in the town of Pozzuoli, near Naples.
Pietropaolo was arrested later that day at Formia, between Naples and Rome, where he had a car accident.