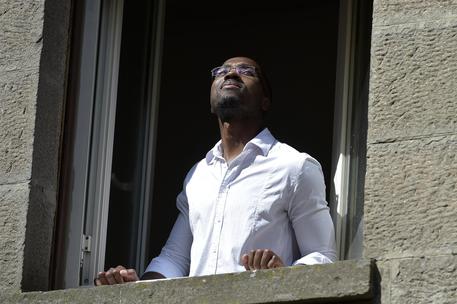 (ANSA) - Perugia, November 17 - A December 20 hearing has been set before the Florence Court of Appeals to examine a request to review the conviction of Rudy Guede for the murder of Meredith Kercher, the press office of the Ivory Coast native announced on Thursday. Guede is serving a 16-year sentence for the crime, which occurred in Perugia in November 2007. "This is the first significant step towards recognizing Rudy's innocence, though the path will be long and complex," Guede's spokesman Daniele Camilli said. "The court could have declared the petition inadmissible, but instead set a date for a hearing to discuss it," his lawyer, Tommaso Pietrocarlo, told ANSA. Though Guede admitted to his presence in the home where Kercher was murdered that night, he has always claimed that he was innocent of the act itself. The review was requested by the man's lawyers on the basis of what they hold to be contrasting judgments on the sentence that acquitted Raffaele Sollecito and Amanda Knox, who were also defendants in the murder case. Francesco Maresca, the lawyer for Kercher's family, told ANSA that "we feel that the request for a review of the trial against Rudy Guede is baseless." Maresca said that "there is no question as to whether or not Guede was at the scene of the crime.
"The setting of a hearing to assess the petition," he added, "is yet another part of legal proceedings that seem endless".