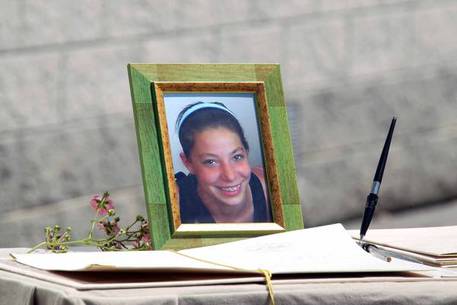 (ANSA) - Bergamo, September 28 - The Bergamo court of appeals on Thursday published its explanation for sentencing construction worker Massimo Bossetti to life in prison for the murder of Yara Gambirasio, 13.
The girl went missing on her way home from gymnastics practice in her home town of Brembate di Sopra on the evening of November 26, 2010, and her body was found in February 2011 in the nearby town of Chignolo d'Isola.
She had been bludgeoned and stabbed several times, and left to freeze to death overnight in a desolate field. An autopsy revealed she wasn't raped, but male DNA was found in stains on her clothing.
Bossetti, then 43, was arrested, jailed, and charged with murder in June 2014 following a DNA sweep of the local population that involved gathering a reported 22,000 genetic profiles in a bid to find the killer.
Bossetti's DNA was a match to that found on Yara, but he has always maintained he has no idea how it got there.
Yara's killing "was a homicide of unprecedented gravity that took place in the context of a series of sexual advances, which the girl likely rejected, unleashing a violent and sadistic reaction," the court wrote in its 158-page opinion backing up its July 1 sentence for murder aggravated by torture and cruelty against Bossetti.
"The prevalently physical torments (inflicted on the victim) and the moral and subjective cruelty (with which the defendant) appeased his drive to cause pain (in) the absence of feelings of compassion and pity... are indicative of his evil spirit," the court wrote.
The DNA trace found on the victim's underwear was proven beyond a reasonable doubt to belong to Bossetti via "absolutely reliable" testing, the judges added of a key piece of evidence, which was much contested by the defence.
"The presence of the defendant's DNA is what proves his guilt," the court wrote.
"That fact, which is devoid of any ambiguity and cannot be read in any alternative way, has not been disproved or placed into doubt by any probatory evidence gathered by the defence".