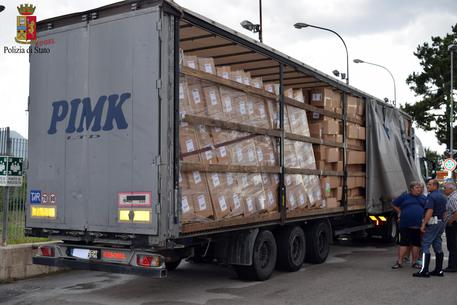 (ANSA) - Rome, August 23 - An Afghan man who traveled 400 kilometers tied under a truck by his belt has refused to apply for political asylum and will be deported, officials said Tuesday.
The highway patrol spotted the stowaway, who is aged around 20, yesterday after stopping the truck on the A1 motorway near the southern Lazio city of Frosinone.
The truck had left from the Puglia port city of Brindisi and was heading to Spain.
The drivers denied all knowledge of the stowaway.
In a separate incident, police also caught a 17-year-old Afghan who also stowed away under a truck. That vehicle came from Greece and was heading to the port city of Civitavecchia.