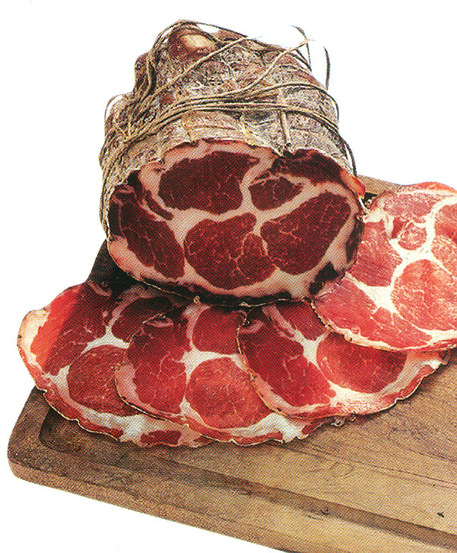 (ANSA) - Rome, March 25 - Italy has stretched its lead over France for EU quality-food protection labels, Istat said Friday.
As of December 2014 Italy had 269 food products that have won one of the three prestigious traditional-food laurels: Protected Denomination of Origin (PDO), Protected Geographical Indication (PGI) and Traditional Specialities Guaranteed (TSG).
Of these, 103 were fruit, vegetable or cereals; 49 cheeses; 43 extra-virgin olive oil; and 38 meat specialities.
Of the Italian regions, Emilia-Romagna and Veneto shared top spot with 77 products each.
"This result confirms a winning recipe," said Farm Minister Maurizio Martina.
Tuscan Bread was the latest Italian delicacy to earn a PDO, earlier this month.
Before that, Piedmont salami got a PGI designation last July.
In November 2014 the culinary pride of Romagna, the time-honoured piadina flat-bread sandwich, kept up Italy's lead in Europe's quality-food stakes.
The piadina, which dates back to Roman times, was recognized by European officials for its unique origins and importance as a traditional fast food, receiving formal protection as a significant Italian product.
The European Protected Geographic Indication means the soft, rich flatbread that is the perfect base for cheese, ham or other sandwiches will now be protected from weak imitations and fakes.
The PGI designation has become increasingly well known internationally as representing quality food products with a confirmed Italian pedigree.
The more stringent Protected Denomination of Origin is also known around the world as a certification of the authentic origins and production methods, specific to a region.
These protect some of Italy's most iconic products such as olive oil and the balsamic vinegar of the Emilia Romagna region.
Under EU law, products must abide by strict production regulations and geographical restrictions to be graded as genuine and worthy of an PGI or PDO seal.
The PGI certification traces food specialties back to their geographical origin during at least one phase in production, but not to all phases like the PDO seal.
Italian authorities are continually battling the sale of the counterfeits of the nation's traditional food products.
Italy has long been a leader in food designations France comes in a distant second at 200 such products, followed by Spain with 170.
Italy has kept up its lead over the years with a fund of scrumptious entries.
For example, five years ago, in 2011, a sheep's cheese produced on the hillsides near Enna in Sicily earned an EU quality-food laurel.
The Piacentinu Ennese, cultivated with centuries-old lore and laced with a distinctive touch of saffron, won a Protected Designation of Origin (PDO) appellation, the most prestigious of the EU's three food quarantees that keep genuine articles safe from inferior pretenders.
Italy's almost 270 quality foods generate a turnover of more than six billion euros a year, amid rising interest from new consumers in China, India, Vietnam and Thailand.
Before the Enna cheese, the most recent Italian entry was a type of chestnut native to the Val di Susa in Piedmont, the 'Marrone della Valle di Susa', which won a PGI label in November.
The nut owes its creamy-white and crunchy flesh to the special soil of the valley north of Turin, experts say, and has been a staple of the local economy since the Middle Ages.
The nut followed into the rankings a type of wheat called spelt ('farro') once used by the Romans and still cultivated in the fields around Spoleto, which earned a PDO in July.
Before the farro, entries included a traditional pastry from Siena and a potato grown around Bologna.
Siena's famed Ricciarelli biscuits, a slim lozenge-shaped dainty that morphed from an original curly creation by a Crusading knight impressed by an Arab sweetmeat, won a PGI label. The 'Patata di Bologna' won a PDO.
FOOD SPURT.
Italy's special foods have put in a spurt in the last five years.
A fragrant white celery from Sperlonga received a PGI label aimed at keeping other celeries from posing as the aromatic product from the marshlands near the ancient coastal village between Rome and Naples which have for centuries produced the unique vegetable.
The 'Mela di Valtellina' won a PGI label to guard the strongly scented, firm-fleshed apple from the sub-Alpine valley.
In January 2010 that Italian food glory, Neapolitan pizza, got a long-awaited TSG label.
In December 2009 a 'prosciutto crudo' from Cuneo claimed a PDO.
It was the third product to get a PDO in less than a week, following a chestnut from the Tuscan village of Caprese Michelangelo and the Piennolo tomato from the slopes of Mt Vesuvius.
In October 2009, a traditional sour cherry jam produced near Modena, 'Amarene Brusche di Modena' was awarded a PGI, while 'Ciauscolo', a large soft spreadable sausage from the Marche region, got the same recognition in August 2009.
Other recent additions have included Sicily's 'Pagnotta del Dittaino' bread, with a PDO label; Roman suckling lamb, abbacchio romano, which earned a PGI label; and Modena's balsamic vinegar, another PGI.
Italian culinary glories like Parmigiano, buffalo mozzarella, mortadella, lardo di Colonnata, Ascoli olives, pesto sauce and Pachino plum tomatoes have been protected for some time.
Lesser-known munchies like Mt Etna prickly pears and Paestum artichokes swelled the ranks in 2009 along with two kinds of saffron, from San Gimignano and L'Aquila.
A range of salamis, rices, honeys and nuts are also on the protected list.
Several up-and-coming regional wines have earned TGIs.
PDO identifies a product whose characteristics are exclusively dependant on a geographical origin and whose productive phases all take place in the specified area.
PGI defines a product whose characteristics can be connected with its geographical origin and that has at least one productive phase located in the specified area.
TSG distinguishes a product whose raw materials, composition or recipe, production method or transformation, are of a traditional type.