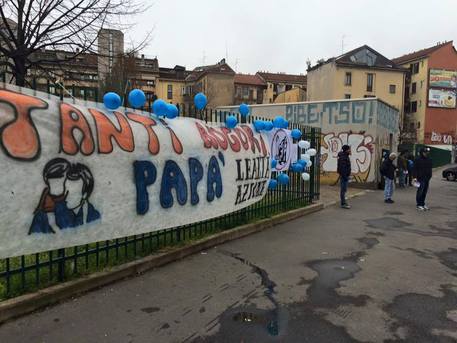 (ANSA) - Milan, March 16 - Parents of children at a Milan nursery school that is at the centre of a storm for stopping children making father's day gifts have said that the furore is groundless.
The move sparked protests after being linked to the desire not to upset children with gay or lesbian parents. In a letter published in Wednesday's edition of Corriere della Sera, parents of the Via Toce school said the decision was taken last year not to prepare gifts for mother's day or father's day in respect to families in which a parent had died or was absent for another reason. It said the children had been given the freedom to choose whether to do a drawing for their mother or their father.
"A groundless media storm has taken life of a purely political nature and it is being exploited and the victims are the school itself and the children who attend it," the letter read. "It is unacceptable that a political battle is being carried out on the backs of children aged three, four and five," it added, calling for the "media bubble to be burst" with press silence.
On Wednesday a group of militants belonging to the right-wing Lealtà e Azione group staged a protest outside the school with a banner reading "Bring Back Fathers' Day".
The parents' letter did not stop former transport minister Maurizio Lupi, an MP for the centrist AP group, saying the case was "absurd".
"There are children who unfortunately no longer have two parents, so we abolish father's day and soon, therefore, we'll also ban mother's day so as not to hurt their sensibilities," he said. "There are children of other religious faiths, so we change the menus of the school canteens and abolish Christmas shows to respect diversity.
"There are Muslim workers, so we have to allow them to pray during office time to enable them to integrate better.
"At this point I wonder whether families with two mothers or two fathers will be given a double holiday while other children won't be able to celebrate an event that has always been part of our culture".