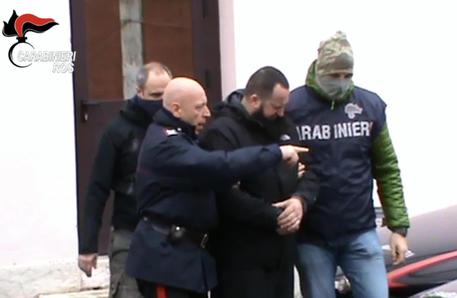 (ANSA) - Rome, March 2 - Italy "appears increasingly more exposed" to the threat of jihadist terrorism, even though no specific terror plans have been detected, the country's intelligence services said in their annual report to parliament on Wednesday. The report said there were numerous references in extremist Islamist propaganda to Italy being an enemy for its relations with the United States and Israel and its commitment to fighting terrorism. It said that the greatest potential threats were linked to the Catholic Church's Jubilee of Mercy and to the potential activation of new generations of aspiring jihadists joining ISIS campaigns.

Italy's intelligence services also said Wednesday that there is a high risk of Europe suffering another major terrorist attack by Islamist extremists like those staged in Paris in November. "The risk of new actions on European territory is considered high," the intelligence services said in their annual report to parliament. The report said these could be "sensational attacks in the style of the Paris ones". It added that the Paris attacks had probably "inaugurated a strategy of attack on the West that is destined to increase". It said there was a two-fold risk of both actions by ISIS foreign fighters trained in conflict zones and by secret militants living in Europe, both lone wolves and small sleeper cells. It said the terrorists were increasingly likely to attack soft targets and that the threat posed by al-Qaeda had not disappeared with the rise of ISIS. On the contrary, the report said, "the competition with Daesh could reinforce al-Qaeda's determination to intervene on the global scene with sensational acts".

Italy's intelligence services said that there was a risk of Islamist terrorists infiltrating the flows of asylum seekers trying to enter Europe via the Balkans.
It said that no evidence had been found of infiltration of migrants and refugees reaching Europe from North Africa, but added that there was a "more concrete" risk with the Balkans route. The report said the Balkans was the region of transit favoured by foreign fighters, with over 900 leaving from it to reach theatres of war, and an area of "consolidated extremist situations".