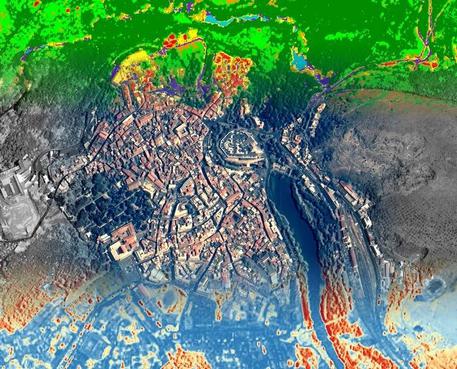 (ANSA) - Rome, January 28 - A new project aimed at preserving the Hadrian's Villa archaeological complex in Tivoli will use drones and satellite data to monitor the area around the UNESCO world heritage site.
The "Videor" project, financed by Italy's Economic Development Ministry and organised by space technology company Nais, will continuously monitor the site for new factors that could aggravate its decline such as abusive building or digging or new land risks posed to its remains.
The monitoring, which can be consulted and updated via the internet, will use data from national and European satellite space programmes. Drones will be employed for more detailed analysis of the site, constructed by Emperor Hadrian in the second century AD as a retreat from Rome.
The project will also monitor nearby cultural monuments including the Temple of Vesta and the Sanctuary of Hercules the Victor.