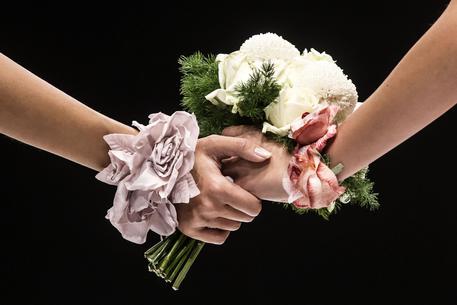 (ANSA) - Milan, December 10 - A Milan appeals court on Thursday ruled valid a lesbian woman's adoption in Spain of her ex-wife's daughter, and ordered the adoption transcribed in Italy. The two Italian women started a relationship in 1999, then one of them had the child through a donor in 2003. They married in Spain, and the spouse who did not give birth legally adopted the child before the couple divorced two years ago.
The sentence represents one of the first cases in Italy recognising so-called stepchild adoption, or adoption by one partner in a same-sex couple of the other's biological child.
Italy still lacks a civil unions or gay marriage law, so births to same-sex married couples are not officially recognized.
In July, the European Court of Human Rights condemned Italy for failing to provide legal "recognition and protection" for gay couples, and said it must remedy the situation by changing its laws. Premier Matteo Renzi's government is preparing a civil unions bill that would give same-sex couples many of the same rights and responsibilities as straight married couples, including the right to adopt their spouse's children and for widows to receive their deceased partners' pensions and inherit their property.
However, the traditionally Catholic center right, as well as Catholic elements within the center-left, are not happy with the plans, and are against recognising the rights of gays in committed relationships to be parents.
This, they argue, will inevitably usher in the legalization of surrogate motherhood, which is illegal in Italy and which the Catholic Church condemns as a sin.