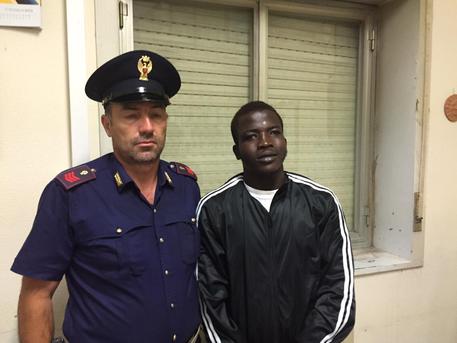 (ANSA) - Catania, August 31 - A police forensic team searched for evidence overnight on Sunday after husband and wife, Vittorio Solano, 68 and Mercedez Ibaniz, 70, were discovered dead in their home in Palagonia near Catania. Police arrested an 18-year-old Ivorian man, Mamadou Kamara, who was found with blood-stained trousers as well as a mobile phone and clothes belonging to Solano in the Cara di Mineo migrant reception centre in June.
A police car went round to the couple's home to investigate the burglary but discovered the killings instead.
Ibaniz' body was found in the courtyard, while Solano was discovered inside, his body presenting clear signs of a likely scuffle.
"It is also the state's fault if my parents were killed.
They let these migrants come here and they do what they want, including burgling and killing" said the couple's daughter Rosita Solano.
Investigators believe Mamadou may have had an accomplice.