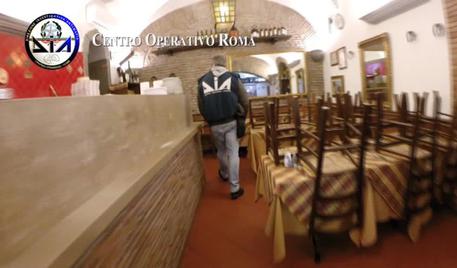 (ANSA) - Rome, July 15 - Anti-mafia investigators seized a central Rome restaurant on Wednesday, sources said. The restaurant, Barroccio, is in via dei Pastini, near to the Pantheon and used predominantly by tourists, they said. The eatery is controlled by Salvatore Lania, a Calabrian businessman who was arrested on March 12 on charges of using fake asset registrations. In March 10 million of euros' worth of assets and two other restaurants in the same area, Il Faciolaro and La Rotonda, were seized from Lania.