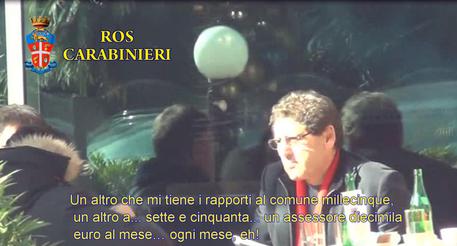 (ANSA) Rome, April 10 - A supreme court prosecutor insisted Friday that suspects in the 'Capital Mafia' Rome corruption scandal were correctly charged with mafia association and urged judges to reject a defense plea that they be tried on lesser charges.
Prosecutor Luigi Riello reaffirmed that the mafia charge was appropriate as he urged the Court of Cassation at a closed door session to confirm arrest warrants against key figures in the scandal who were arrested on charges of forming an organised crime gang systematically looting millions from the Rome city government.
Riello asked for the warrant to be confirmed against Salvatore Buzzi, head of the June 19 cooperative, and for the Cassation judges to reject a request by Buzzi's defense lawyer Alessandro Diddi to reverse a lower court decision Dec. 17 that confirmed Buzzi should be held in custody during the investigation.
Riello asked for the mafia association charge to be retained also against Franco Panzironi, former head of the Rome city cleaning agency Ama. Riello also asked the court to confirm the jailing of Luca Odevaine, former deputy head of cabinet of ex mayor of Rome Walter Veltroni.
Defense lawyer Diddi told reporters: "I challenged the Mafia association charge because in the inquiry there was not a single act by Buzzi or Carminati that was done with intimidation".
"We can speak of corruption, something that has to be proved and for which there are explanations, but not of mafia".
The Cassation judges were expected to announce their decision Friday evening or Saturday morning.
If they decided that the mafia charges were not warranted then the suspects in the case could be moved to jails in Rome rather then held in different prisons around the country, judicial sources say.