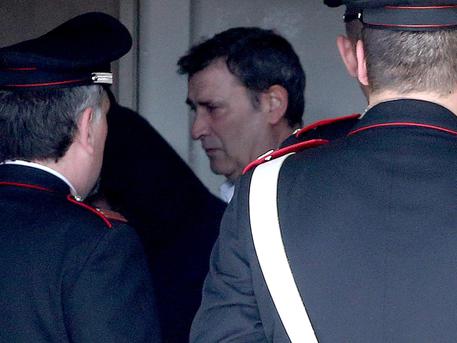 (ANSA) - Milan, April 9 - Bankruptcy judge Fernando Ciampi is among three people who were killed by a gunman at Milan's courthouse building on Thursday.
The gunman, named as Claudio Giardiello, was arrested at Vimercate, near Monza, by Carabinieri police after trying to flee on a motorbike, Interior Minister Angelino Alfano said.
Ciampi was killed inside his office, sources said.
Giardiello, 57, also killed a lawyer, named as Lorenzo Alberto Claris Appiani, and Giorgio Erba, one of his co-defendants in a bankruptcy case, in a courtroom.

Erba died of his injuries after arriving in hospital in a critical condition.
A relative of Erba's, Davide Limongelli, another defendant in the case, was reportedly injured in the shooting.
The metal detectors at the Milan courthouse were all in good order, informed sources said. They had last been checked out in April, the sources said.
An eyewitness who was in the building for work had said earlier one of the metal detectors at the building's four main entrances wasn't working.

Milan Prosecutor Edmondo Bruti Liberati confirmed three people were killed and two more were injured. One of the injured people is in a serious condition in hospital and another, a lawyer, is not badly hurt after being hit in the leg. There had been reports a fourth person was found dead without any signs of a gunshot wounds.