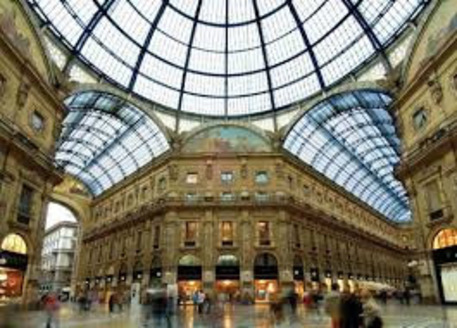 (ANSA) - Milan, January 28 - Beginning in April and just in time for the start of Expo 2015, Milan visitors will be able to walk the city's iconic Galleria Vittorio Emanuele II from above, along catwalks perched on the roof of the 19th-century shopping mall.
The catwalks, which will undergo a two-million-euro restoration project sponsored by Seven Stars Hotel and Alessandro Rosso Group, were included in the building's 1861 plan by architect Giuseppe Mengoni to allow for maintenance of the arcade's vaulted glass ceiling.
The city of Milan is renting out the roof space to the hotel group until the end of 2016 for 118,000 euros a year, with part of the ticket proceeds to be donated back to the city of Milan.
Public works assessor Carmela Rozza said investment in the building's restoration totals 10 million euros, between the city's investment of 5 million euros in a concurrent restoration project, with an additional 3 million provided by corporate sponsorship from Prada, Versace and Feltrinelli, and the 2 million that Seven Stars Hotel will contribute to restore the roof's walkways.