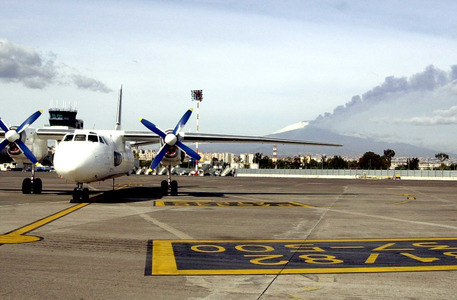 (ANSA) - Catania, January 22 - A 30-year-old Albanian man arrested at Catania airport with false identity documents moved through security with a boarding pass for a flight to Bucharest but was carrying an airline ticket for London, police said Thursday.
Suspicions were raised when police found photos of the man holding a Kalashnikov automatic rifle stored on a pen drive after searching his bags. They also found files with documents of various nationalities, including Italian. This was his second brush this month with airport security officials - police said the man had already been reported to prosecutors after trying to board a flight to London from Milan's Malpensa airport with fake documents on January 13. On Thursday, after passing through airport controls, the man did not head to the Bucharest flight gate but instead went to the gate for the London flight with a ticket he bought on the Internet.
He also had a online boarding pass for London.
Investigators are now pouring over his pen drive and the false identity documents.
Italian police have reinforced border checks in the wake of this month's Islamist terror attacks in France.