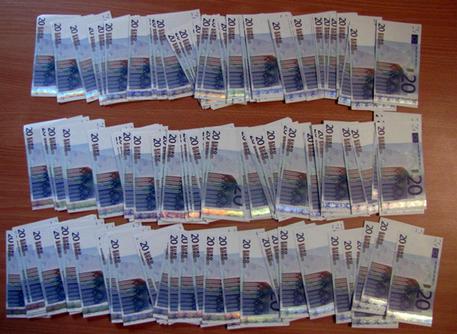 (ANSA) - Naples, November 26 - Police said Wednesday they busted a gang in Naples, part of a group believed to be responsible for 90% of the world's counterfeit euros. The gang, part of the so-called "Napoli Group", is known to police throughout Europe, prosecutor Giovanni Colangelo said. Described as the arch-enemy of the European Central Bank, the Napoli Group includes some 11 criminal gangs, each specializing in a part of a counterfeit operation that even circulated in Germany a fake 300-euro banknote - a denomination that doesn't exist.