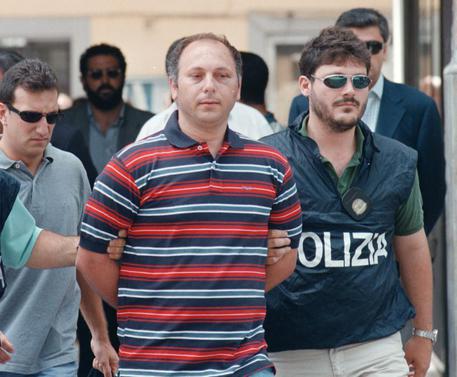 (ANSA) - Rome, November 19 - Italians were forced to confront brutal periods in their past Wednesday with two separate cases arising from bloody bombings that shook public confidence in their institutions.
Prison terms were given to four Cosa Nostra Mafia figures convicted in the massive explosion that killed anti-mafia prosecutor Giovanni Falcone, his wife, and three police escorts in May 1992 while driving on a highway near Palermo.
The sentences came almost 25 years after Mafiosi packed a highway culvert with a half-tonne of explosives to kill Falcone and terrorize Italy, due to the revelations of one of the four Mafiosi who provided prosecutors with evidence to convict his associates.
Giuseppe Barranca and Cristofaro Cannella were sentenced to life in prison while Cosimo D'Amato was sentenced to 30 years in jail.
Gaspare Spatuzza, who gave evidence to prosecutors that shed light on how the explosives were obtained for the deadly blast, was handed a 12-year sentence.
The judge adjourned a civil suit related to the case.
Prosecutors have said that Spatuzza's revelations helped them to better understand many crimes, including high-profile assassinations carried out through massive explosions planned by the Mafia in a bid to weaken the Italian State and terrorize the public.
Earlier this year, Spatuzza confessed to being responsible for the deaths of roughly 40 people, including the victims of Cosa Nostra bombings from 1992 to 1993.
"I am responsible for about 40 murders. I ask forgiveness from the city, from the victims and from their relatives," Spatuzza said in September in a Milan court via a live video transmission from prison.
The former Cosa Nostra crime boss has been convicted of six bomb attacks that took place from 1992 to 1993.
During that time, the Sicilian Mafia relied heavily on bombings to assassinate leading anti-mafia magistrates as well as any civilians near artistic heritage sites, including the iconic Uffizi Gallery in Florence and Milan's Galleria d'Arte Moderna.
Meanwhile, a court in Bologna set an extraordinary penalty of two billion euros in damages against a far-right terrorist couple responsible for an explosion at the Bologna central train station that killed 85 people in 1980.
Valerio Giuseppe Fioravanti and Francesca Mambro, former members of the NAR neo-fascist terrorist group, were convicted of the August 2, 1980 bombing that also wounded more than 200 people in one of the worst atrocities of Italy's so-called years of lead of political violence in the 1970s and 1980s. Fioravanti and Mambro, a married couple, are free after serving long prison terms.
The court ordered them to pay the national government 2.134273 billion euros. "The gravity of that act is without precedent in Italian history," wrote the judges who awarded the damages on Wednesday.
"After 34 years, it is possible to say that this event has made an indelible impression on the nation's collective conscience - authentic permanent damage". A group representing Bologna victims welcomed the ruling.
"It's wonderful news," said Paolo Bolognesi of the Vittime 2 Agosto association. "If nothing else, the Bologna massacre will remain as an indelible, constant strain for them and their heirs, including from an economic point of view". In Sicily, the murders of Falcone and his colleague Paolo Borsellino were among the crimes that allegedly induced the State to enter into secret talks with Cosa Nostra two decades ago in a bid to stop attacks after a long campaign of violence.
Along with Falcone, the explosion killed his wife Francesca Morvillo and bodyguards Antonio Montinaro, Vito Schifani and Rocco Di Cillo.
Just two months later, Borsellino and his security detail were killed by a huge bomb in July 1992 outside his mother's apartment.