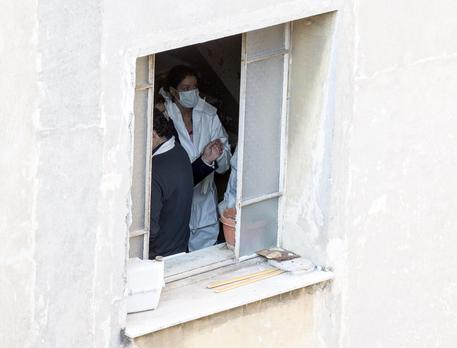 (ANSA) - Rome, October 28 - A Moroccan woman who was found hanging in her bathroom Monday may have killed two of her children in a premeditated act before committing suicide, investigators said.
However forensics cautioned that only the autopsies on the bodies of Khadija El Fatkhan, 42, and those of her two children, who had been stabbed to death, will ascertain the time of death for each and therefore the sequence of events.
The deaths were said to have occurred Sunday night.
Her husband, 43-year-old Idris Jeddou, was hospitalized with a stab wound to the abdomen on Sunday.
He initially told police he had been wounded in an attempted robbery, but on Tuesday changed his story and told police his wife attacked him his sleep.
A third child remains hospitalized in critical condition after surviving the attack that claimed her siblings' lives.