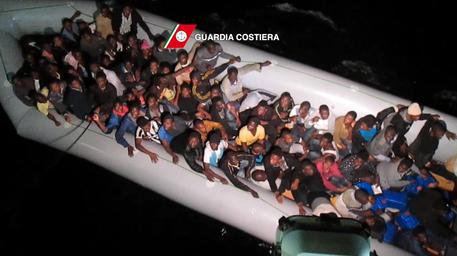 (ANSA) - Rome, October 17 - The number of migrants and refugees fleeing to the coasts of Italy has tripled in one year, but they should be seen as a resource not a burden, a study by the Venice-based Leone Moressa Foundation think tank said Friday.
Some 118,000 people have made the perilous Mediterranean crossing so far this year, triple those that arrived in 2013 and double the number of migrants and refugees after the Arab Spring uprisings of 2011. However, these are also the people who are now paying taxes and running small businesses, the study showed. Foreign-born taxpayers in 2013 paid a total of 6.7 billion euros in taxes into State coffers, or 4.4% of the national personal income tax take, the Foundation study showed. "There are more than two million foreign-born taxpayers, and the numbers have been growing since 2008," the study said.
As well, fewer foreign-born workers are sending remittances home. That number totaled 5.5 billion euros in 2013, down from 7.5 billion in 2011.
In addition, foreign-born entrepreneurs are running 497,080 businesses, or 8.2% of the six million companies operating in Italy, according to the study.