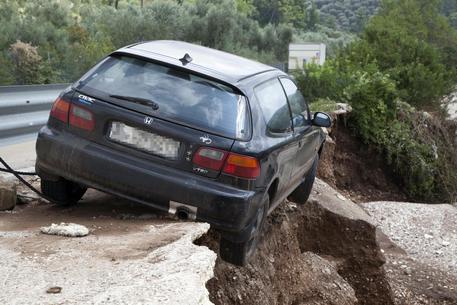 (ANSA) - Peschini, September 8 - The death toll of the flooding that last week caused massive damage in the beautiful Gargano area of the southern region of Puglia climbed to two on Monday when the body of a missing man was found.
The coast guard found the body of 70-year-old Vincenzo Blenx in the sea, around 300 metres from the shore and around 1.5km from where he was swept away by a flash flood in the town of Peschici on Saturday.
He is the second victim of the wave of bad weather to hit the area after Antonio Facenna, a 24-year-old farmer from the town of Carpano whose car was hit by a mudslide on Thursday.
The floods have caused millions of euros in damage, not counting lost tourism revenues, and the local authorities are set to request a state of emergency be declared.
The army has arrived to help with the clear up and Environment Minister Gian Luca Galletti is set to visit the area later on Monday.