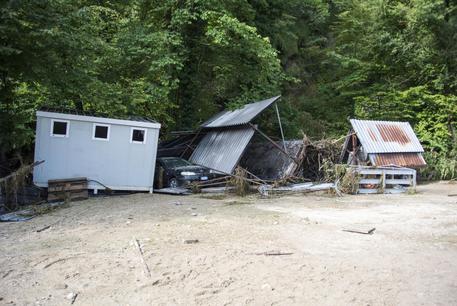 (ANSA) - Rome, August 4 - Prosecutors in Treviso have opened an investigation into the flash flood in the town of Refrontolo, in the Veneto region surrounding Venice, that killed four people late on Saturday.
Torrential rain caused the River Lienza to burst its banks, gushing water and mud into an area where around 100 people had gathered for a local festival.
Some 20 people were injured, two of whom remain in intensive care in hospital. Veneto Governor Luca Zaia said in an interview published in Monday's edition of Rome-based daily La Repubblica that the Alpine region needs a two-billion-euro "Marshall plan" to make it safe from flooding and landslides.
He added, however, that last weekend's disaster was not related to "hydrological imbalances". Local people and officials are still working to clean up the area after Saturday's disaster.