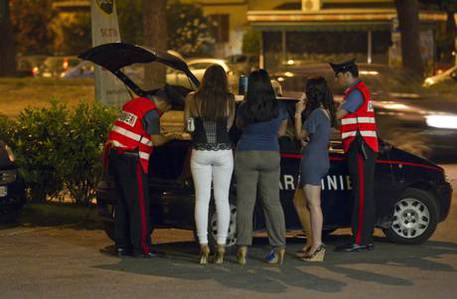 The economic value of prostitution, illegal drug sales, and trafficking in contraband cigarettes and alcohol will all be measured by Italy's national statistical agency Istat as it calculates the country's 2014 gross domestic production (GDP), it announced Thursday.
Istat said that starting in September, its 2014 economic measurements will include those three areas of illegal activities, in line with methodology being applied in measuring national accounts within the European Union.
The move updates the previous system of national account measures implemented in 1995, Istat said in a news release. Eurostat, the EU's statistical agency, has provided guidelines that will include an estimate of accounts for illegal activities including prostitution, contraband cigarettes and alcohol, and illegal drug trafficking.
Istat said it will be difficult to measure the illegal activities.
Expanding its measure of GDP to include these elements of the underground economy will likely add as much as 1% to 2% to Italian GDP, the agency said.
Measurements that increase the size of the country's GDP could be good news for the national government, for example when it calculates the ratio of the deficit to GDP.