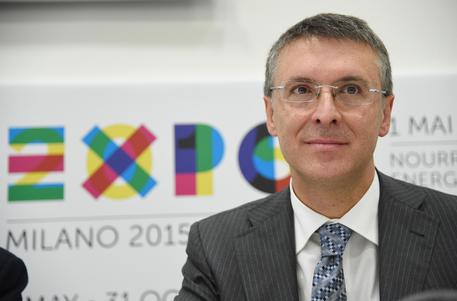 (ANSA) - Milan, October 28 - Expo's success is due in part to the important role played by Raffaele Cantone, head of Italy's anti-corruption authority ANAC, said Milan Mayor Giuliano Pisapia on Wednesday on the sidelines of a ceremony to present Cantone with the city's seal, a sort of key to the city.
"We were very prepared for the fight against the mafia, against organised crime, but there was the problem of corruption, and in this sense, the president of ANAC had an important role," Pisapia said.
Renzi appointed Cantone to monitor contracts for Expo structures and services in summer 2014, after a probe led to the arrest of several top Expo managers on suspicion of corruption in relation to preparations for the fair.
"If today the city is at the center of the world's attention and is also seen as a point of reference in the fight against corruption by national and international institutions, then it's also thanks to Cantone," the Milan mayor said.
Pisapia said he didn't want to make comparisons between Milan and Rome, in light of the capital city's upcoming Jubilee Year preparations, but said "as Cantone said, there should be a synergy and those who have problems should take Milan as an example, in the sense that one can take the experience of Milan in order to make sure that the Jubilee is the success that we all hope for".