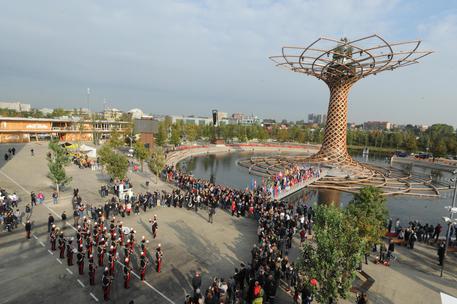 (ANSA) - Milan, October 26 - Coldiretti farmers' association released its first Ixè poll regarding Expo results on Monday, showing that despite an average of two hours and 45 minutes spent waiting in queues, 88% of Expo visitors said they considered their experience at the world's fair a positive one.
In terms of number of visits, just over half (52%) of visitors went to Expo only once, while 35% went twice, 11% three times and 2% four times, according to the survey.
The biggest critique by poll respondents was that Expo was "excessively virtual", a sentiment expressed by 34% of fair-goers, while 17% said that there weren't enough free areas in which to rest or relax.
In terms of demographics, the poll showed that the genders were almost evenly divided, with 53% of Expo visitors men and 47% women.
The most prominent visitor age range was 34-54 (39%), followed by those under 34 years old (28%) and those over 55 (33%).
Visitors in Italy came mainly from the northwest (41%), with 23% from the northeast, 16% from central Italy, and 20% from the south and islands.
Four of every ten visitors represented in the poll identified themselves as employees, 15% as freelance professionals, 21% as pensioners, 14% students, 5% homemakers, and 5% unemployed.
Expo's six-month run concludes on October 31.