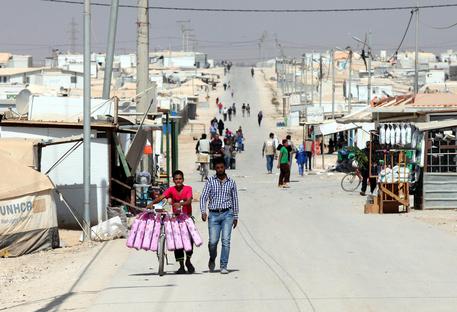 (ANSA) - Milan, October 23 - Some 2,000 panettoni Italian Christmas cakes will be distributed by the Vatican outside the Holy See's Expo Pavilion Sunday in return for donations for refugee camps in Jordan.
"In two months it is Christmas - make a gift to be passed to the refugee camps in Jordan," is the slogan planned for the event at the universal exposition, the Holy See pavilion said in a statement, adding that donations from a minimum of two or three euros will be requested to add to more than 100,000 euros already collected by the Pavilion for young refugees in Jordan during the Expo six month period in collaboration with the Pontifical Council for Culture and "Cor Unum".
"Specifically the money will help pay for school fees of 1,750 children and youngsters of school age, refugees in different areas of Jordan arriving from the warzones of Iraq, Mosul and the Ninive plain - Christians, Muslims and Yazidi fleeing from the violence of Isis that controls the regions from which they fled with their families".
An agreement signed between the Jordanian government and the local branch of the Caritas charity allowed more than 7,500 Syrians to be sheltered in the country under the direct responsibility of Caritas Jordan, Caritas said.
The Syrian war has caused more than 200,000 deaths since 2011 while 4.1 million people have left the country, according to the United Nations.