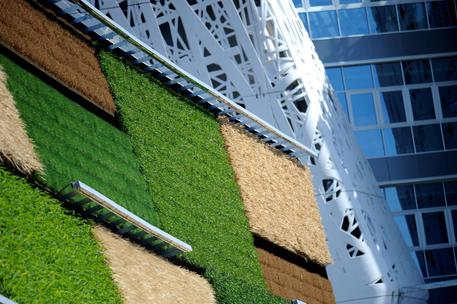 (ANSA) - Milan, October 8 - Italian and Israeli archaeologists gathered at Expo on Thursday to look at how ancient technology such as that used in Roman aqueducts might be used in the service of feeding the planet.
"Man cannot survive without water and the Romans, who had a very extravagant lifestyle and needed to produce ever more food and access ever greater amounts of water, understood how to carry it from where it was in abundance to where there was less, like in Israel which is 60% desert," vice director of the archaeology department of the Israel Antiquities Authority, Uzi Dahari, said. "Their system was incredible and, thousands of years later, I don't think it is possible to reach the level of those aqueducts," he continued.
Study of such systems has fed into the development of new technologies in Israel. "Israel is now a global leader in technology generally, but particularly in the agricultural sector," said Israeli ambassador to Italy Naor Gilon.
"This is why I think the Israel pavilion is a perfect place to discuss archaeology, because we connect past and future, traditional agriculture and that of the future," Gilon concluded.