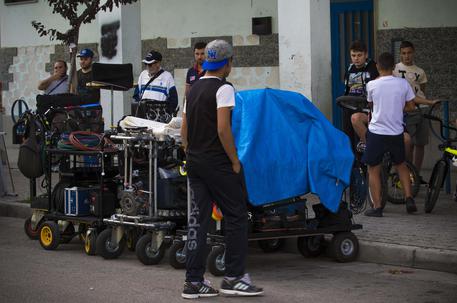 (ANSA) - Milan, October 5 - A virtual set of the second season of Gomorra, the television series based on the book about the Naples mafia by Roberto Saviano, will be opened to the public on Wednesday at the Intesa Sanpaolo bank's pavilion at Expo Milan, the Waterstone space, the bank said Monday.
Arranging the presentation was made possible "thanks to cutting edge technology capable of transporting the spectator to the centre of the scene," the bank said.
The unique experience only will be possible at the bank's pavilion at the universal exposition due to special virtual reality "gear" that gives the effect of a 360 degree television set.
Gomorra VR, an "experience video" of Virtual Reality was filmed in July and August.
Using the "gear" spectators are catapulted in a few seconds onto the set during the filming and simply by turning their heads they can find themselves side by side with actors or members of the troupe.