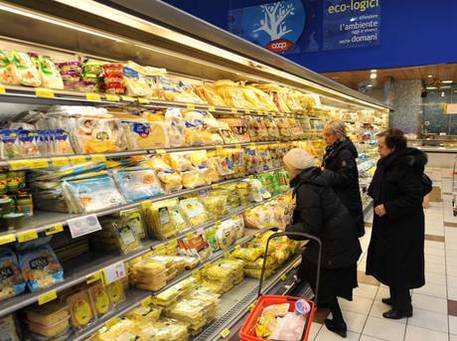 (ANSA) - Milan, October 2 - Farm cooperatives had turnover of 36 million euros spread among 4,894 businesses, growing 0.3% since 2013-2014, according to a study presented Friday at Expo by the Observatory of Italian Agricultural Cooperation.
The March 2015 study was conducted on a sample of 386 cooperatives.
It revealed that in 2013-2014, dairy exports grew 10.6%, wine exports fell by 0.7%, and fruit and vegetable exports dropped 1.2%.
Cooperatives accounted for 17% of exports in 2014, with the highest numbers coming from wine at 33%, fruits and vegetables at 22%, and milk at 11%.
The United States made up 25% of the market for cooperative wine exports, while for cheeses, North America (USA and Canada) led the way, followed by Australia and the Middle East.
Giorgio Mercuri, president of the Food and Agriculture Cooperatives Alliance, said the biggest challenges that coops face in exporting their products are mass distribution abroad, lack of managerial skills, and lack of strong government support for cooperatives.
"The survey on exports helps us to understand what the biggest challenges are to date that limit growth," Mercuri said.