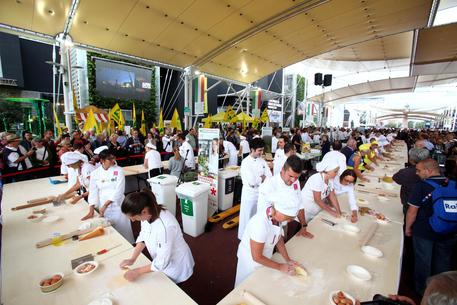 (ANSA) - Rome, September 25 - The food-themed Milan Expo 2015 has contributed to placing climate change at the forefront of the international community's agenda, according to Italian Foreign Minister Paolo Gentiloni.
''Over the past five months, Expo has been one of the places where the world has talked about climate change'', Gentiloni said on Thursday of the world's fair, running through October 31 under the banner 'Feeding the Planet, Energy for Life'.
''It will become even more so with the presentation of the Milan Charter and the visit of (UN Secretary-General) Ban Ki-moon mid-October''.
Agriculture Minister Maurizio Martina on Friday and Saturday will be presenting the Milan Charter in New York, where a United Nations Sustainable Development Summit will be held from Friday through Sunday.
The summit on 'Transforming our world: the 2030 agenda for sustainable development' will adopt a final document on new Sustainable Development Goals, targets relating to future international development including zero world hunger, achieving food security and improved nutrition as well promoting sustainable agriculture - issues at the heart of the world's fair.
Martina called this a ''crucial week'' for the Charter, a global food practices initiative that will represent Expo's legacy.
''We will leave for New York to present the Milan Charter at the United Nations'', he said this week.
''We will arrive with a series of goals that we have identified together with citizens, companies, civil groups, and institutions - starting from the Milan Protocol proposed by the Barilla Foundation,'' continued Martina.
The Milan Charter was drafted to commit individuals, associations and companies that sign it to take responsibility through their actions and policies, while requesting governments and international institutions to implement rules and policies that ensure a fairer and more sustainable future for the planet.
The Barilla Center for Food and Nutrition (BCFN) presented the Milan Protocol earlier this year as a proposal seeking global commitment to fight food waste, hunger and obesity, promoting healthy lifestyles and sustainable agriculture practices.
Martina said the Milan Charter represents the world's fair ''immaterial legacy''.
The minister also discussed BCFN's Youth Manifesto, a document focusing on the proposals of 80 young researchers from around the world on solutions for ''the food of the future''.
The work done in preparation for Expo ''will leave its mark'' in the new goals for the millennium to be discussed at the UN, Martina noted.