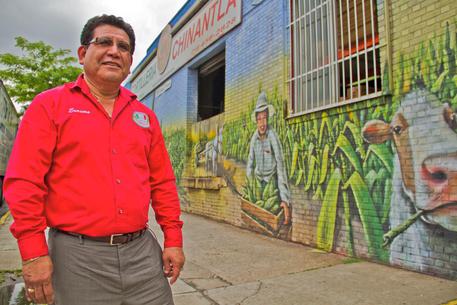 (ANSA) - Milan, September 23 - Mexico will celebrate its production of maize at Expo Milan Thursday with Erasmo Ponce, an entrepreneur known as the "King of Tortilla" who launched the 'Tortilleria Chinantla' in New York.
Ponce arrived in Brooklyn in 1992 and with a handful of collaborators and limited capital produced maize tortillas, tostadas and nachos chips for the Big Apple's citizens, making his firm one of the main suppliers of the East Coast within just a few years with a turnover of over dlrs 4.5 million in 2014.
Ponce is due to speak at the universal exhibition's Cereal Cluster Thursday September 24 at 3 p.m. and then will take part in a cooking show in which visitors can watch preparation of a real Mexican tortilla.
Tortillas made from maize flour still represent 94% of the food base for Mexicans with some 20 billion of them produced a year.
After the Tortilla King's performance maize will again feature at Expo with the presentation of the book "El espìritu del maiz ... de Mexico al mundo," by the author Isabel Serrano.