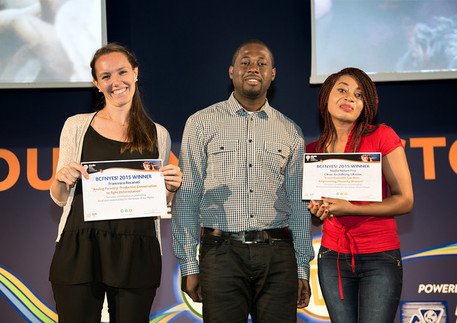 (ANSA) - Milan, September 23 - Eighty young researchers from all over the world have presented at Milan Expo 2015 their Youth Manifesto, a document addressing international leaders and featuring concrete proposals to solve some the paradoxes of the global food system, thanks to the involvement of the Barilla Center for Food and Nutrition Foundation (BCFN).
And, with the support of the BCFN, the "Foodlitzer", a Pulitzer prize for food, has been launched. The Manifesto aims to be an ulterior contribution to the Milan Charter, a document that will form the real cultural legacy of Milan Expo 2015 and will be handed to United Nations Secretary-General Ban Ki-moon on October 26. The Youth Manifesto does not contain recommend principles, but features concrete proposals for seven key roles in the food system - politicians, farmers, activists, teachers, food industry officials, journalists and researchers. The young researchers give precise directions to these different "groups". "The Barilla Foundation has been working with young researchers from all over the world for years," said BCFN Foundation Vice-President Paolo Barilla. "The Youth Manifesto crowns this activity at Expo 2015 and with the presentation of the Milan Charter to Ban-ki Moon.
"Young people helped to construct the Milan Protocol, the Barilla Foundation document that inspired the Milan Charter with the aim of making the world food system more just and more sustainable. "The Youth Manifesto is not just a strong call to action to the world's leaders, it is also an assumption of responsibility by the young people themselves, who will be the ruling class of the future". In their manifesto, the young people also address the citizens of every country and call on them to make their voices heard. To support their intrinsically global message, the young people have also turned to the media world (with the support of the BCFN) with the launch of the "Foodlitzer", a food Pulitzer prize for independent journalism on agro-food sustainability.