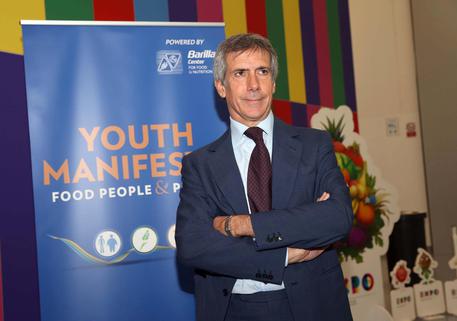 (ANSA) - Milan, September 23 - The Barilla Center for Food and Nutrition (BCFN) on Wednesday presented a Youth Manifesto on food, people and the planet at Milan Expo 2015. It is a worldwide call to address paradoxes in the food system made up of seven proposals by 80 young researchers from around the globe. It urges world leaders, farmers, educators, food industry managers, and journalists to commit to concretely solving deep-seated problems in the global food system. The Youth Manifesto follows on the BCFN's previous influential Expo-related initiative - the Milan Protocol on fighting food waste, hunger and obesity - by promoting sustainable food practices and healthy lifestyles.
BCFN hopes that the Youth Manifesto, like the Milan Protocol, will also contribute to the contents of the Charter of Milan, a global food initiative that the Italian government is presenting to the United Nations in New York this week. The Youth Manifesto, prepared by young researchers after many days of reflection and discussion, was delivered at Expo to Farm Minister Maurizio Martina, who will head the delegation presenting the Charter of Milan to the United Nations as the food-themed world fair's intangible legacy.
"We will arrive at the UN with a series of goals that we have identified together with citizens, companies, civil society groups, and institutions - beginning with the Milan Protocol proposed by the Barilla Foundation," said Martina. "Our work will make its mark in the writing of the new objectives for the millennium, which will begin in a few days at the UN". The Youth Manifesto contains seven specific proposals aimed at professions that have decision-making roles for future food sustainability. Farmers, for example, must be committed to encouraging the return of young people to agriculture, an activity that feeds the planet, and work with governments to facilitate access to land. Educators must teach children the relationship between food, people, health and the planet, making it a mandatory part of the school curriculum. Big company managers should work to create sustainable supply chains, supporting farmers and developing healthy products. Even the world of communication is involved with a proposal that aims to create the Foodlitzer, an international award for independent journalism on agribusiness sustainability.
The Youth Manifesto "is not only a call to world leaders, it is an act of responsibility taken by the young, who will be the leaders of tomorrow," said BCFN Vice President Paolo Barilla. "For years, the Barilla Foundation has been working with young researchers from around the world, and the Manifesto is the culmination of this activity," he continued.
The 80 researchers presented the Manifesto to the representatives of the Expo pavilions of their countries of origin, to reinforce the message across the five continents and among the companies participating in the world fair.