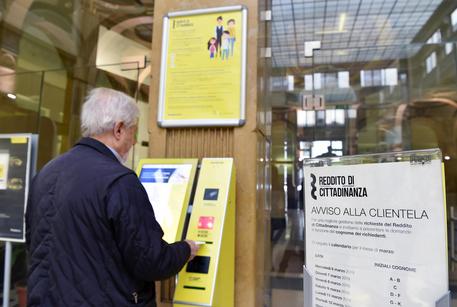 (ANSA) - ROME, JUN 17 - There are almost as many households getting the government's 'citizenship wage' basic income in Campania as in the whole of northern Italy, pensions and social security agency INPS said Thursday.
More than 275,000 households in the region around Naples get the subsidy compared to 281,786 in the north, it said.
Some 761,000 people get the benefit cheque in Campania compared to 557,500 in the north.
The amount per household in Campania is an average 623 euros while it is 479 euros in the north.
In southern Italy as a whole, including Sicily and Sardinia, some 818,603 households get the income, for a total of 1,960,220 covered.
The income, a flagship policy pledge of the formerly anti-establishment and populist 5-Star Movement (M5S), is criticised by the centre right as being a handout that discourages people from seeking work.
Former M5S leader and Foreign Minister Luigi Di Maio said the measure had "abolished poverty" in Italy. (ANSA).