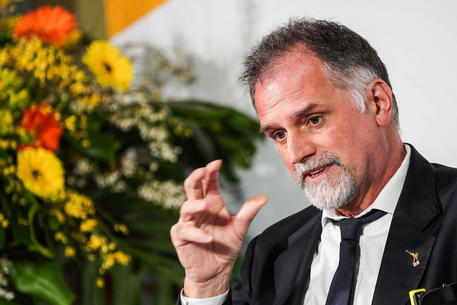 (ANSA) - ROME, APR 22 - The infiltration of Italy's various mafias into the lucrative tourism sector is worth some 2.2 billion euros, almost 40% of it concentrated in the Mezzogiorno where they are based, according to a Demoskopika report of which ANSA has seen an advance copy.
Italy's leading mafia, the Calabria-based 'Ndrangheta, has a 40% slice of the lucrative cake, the report said.
Some 4,500 tourism companies are at risk of being used for money laundering due to the COVID-19 emergency, the survey said.
"A tourism sector on its knees is an appetizing prospect for criminal syndicates", said Demoskopika President Raffaele Rio.
Six regional tourism sectors present the highest risk of criminal infiltration by 'Ndrangheta, Sicily's Cosa Nostra and the Campania-based Camorra, as well as the smaller Sacra Corona Unita in Puglia, the report said: Campania, Sicily, Lazio, Calabria, Lombardy, and Puglia.
Four regions show the lowest risk: Marche, Veneto, Friuli Venezia Giulia and Trentino-Alto Adige.
Tourism MInister Massimo Garavaglia told ANSA: "the Demoskopika probe on mafia infiltration in tourism is concerning.
"It is a phenomenon that heavily damages a sector which is composed of serious business people, who have been hurt by the pandemic.
"And who are suffering twice from COVID, in their business and in the mafia competition.
"The government is elaborating formulas for transparent financing able to support the operators hit by the economic impact of the virus, in order to make them impermeable to mafia contamination.
"(Interior) Minister (Luciana) Lamorgese has a clear grasp of the situation and I think she is already adopting initiatives aimed at putting the brakes on this kind of infiltrations".
(ANSA).