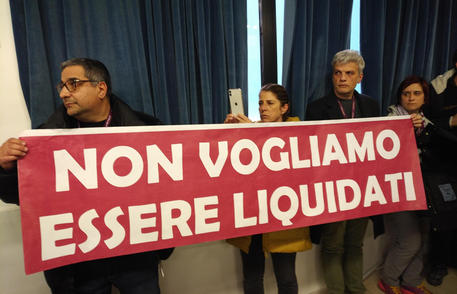 (ANSA) - Olbia, February 19 - Air Italy said Wednesday that its services will continue until April 16 despite Italy's second-biggest airline being put into liquidation last week. The services will be operated by rented aircraft and contracted crews rather than with Air Italy planes and employees.
Air Italy's services include links between Olbia and Rome and Milan, which are important connections between Sardinia and mainland Italy.
These services will continue to be offered at discounted prices for residents of Sardinia. The procedure to make the airline's 1,450 employees redundant has been launched, Air Italy's liquidators told managers on Friday.
They also said that "all possible sales of company branches that include the possible maintenance of all or some of the jobs will be taken into consideration". Air Italy's stakeholders, Alisarda and Qatar Airways, said via the AQA Holding company that they had decided to put the airline into liquidation and stop operating due to persistent conditions of difficulty on the market. Air Italy is estimated to have made a loss of 230 million euros in 2019. The government has said it is opposed to the liquidation and has called on the liquidators to find "alternative paths". Transport Minister Paola De Micheli told the Lower House on Wednesday that she was holding talks with Qatari officials about the situation. "Today I met Qatar's ambassador to Italy, who reiterated the strategic nature of the relations between the two countries and expressed willingness to identify every possible shared solution", she said.