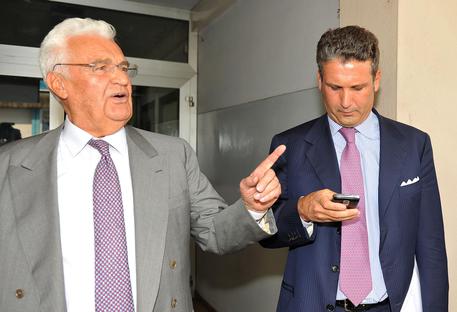 (ANSA) - Turin, February 20 - Businessman Gian Marco Rossignolo and his son Gianluca were convicted on Wednesday and sentenced to five years, six months and four years, 10 months, respectively, for the 2012 bankruptcy of sports and luxury carmaker De Tomaso Automobili SpA. Rossignolo, 89, and his son were convicted along with six other people for bankruptcy, fraud against the region of Piedmont and the economy ministry, and embezzlement.
The veteran chairman of the De Tomaso carmaker, Gian Mario Rossignolo, was placed under house arrest by tax police in July 2012 for alleged misuse of public funds in a recent failed project to use an ex-Pininfarina factory to make SUVs.
Rossignolo was detained with the head of De Tomaso's personnel office and a financial intermediary.
De Tomaso filed for bankruptcy earlier in 2012 after Rossignolo, a former Fiat and briefly Telecom Italia executive, failed to muster financial backing for a plan to relaunch the firm, which used to make the famed Pantera sports car.
Police said Rossignolo and the others may have fraudulently used European Union and Piedmont regional government funds and may have pocketed some of them.
Among his recent failed endeavours, Rossignolo planned to make a city car and SUV at the ex-Fiat plant at Termini Imerese in Sicily, but the project fell through.