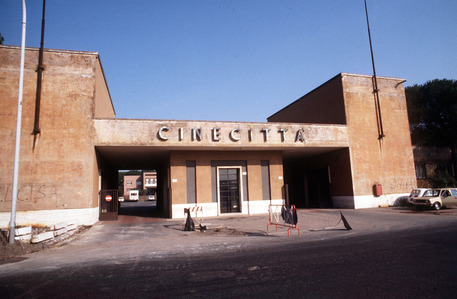 (ANSA) - Rome, July 3 - Rome's historic Cinecittà film studios have come back into the public sector 80 years after their creation, sources said Monday.
The Istituto Luce Italian film institute, which is controlled by the economy ministry, said it had bought back the storied studios and their production facilities.
The institute has presented a project aimed at revamping and relaunching the studios to Culture Minister Dario Franceschini, the sources said.
The film studios on Rome's Via Tuscolana have seen numerous award-winning Italian and international productions and was closely associated with Federico Fellini.
After a hiatus for some years, shooting restarted at Cinecittà two years ago on films including James Bond movie Spectre, a remake of Ben Hur, and Ben Stiller's Zoolander 2.
At the the same time, a new permanent exhibition chronicling 70 years of filmmaking history opened at the site.
The eight-part exhibit titled Shooting in Cinecitta' includes over 120 movies, 300 photos, costumes, set designs, and some 60 documentaries covering the decades from 1937-1990.
Beginning with historic and Fascist propaganda films from the late 1930s, the show advances to gritty postwar Neorealism and then to Hollywood on the Tiber, with massive period productions such as William Wyler's epic 1957 drama Ben Hur and MGM's Quo Vadis, shot in 1951.
The show also pays homage to the work of Sergio Leone, Bernardo Bertolucci, Luchino Visconti, Franco Zeffirelli, and many more.
It is the latest addition to a permanent exhibition called Cinecitta' on Show, which opened in 2011 and whose other sections are Why Cinecitta' and Backstage.
The exhibit has netted hundreds of thousands of visitors so far, said Cinecitta' Studios chief Giuseppe Basso.
A year previously, in 2014, a new theme park dedicated entirely to cinema just outside Rome, Cinecitta' World, opened in Castel Romano on the southern outskirts of the capital The 250 million euro theme park is the first of its kind in Italy and contains 20 attractions designed by multiple Oscar-winning Italian production designer Dante Ferretti.
There are also four themed restaurants, eight film sets and four theatres.
The ambient music is by the prolific Italian composer Ennio Morricone, winner of the Honorary Academy Award for career achievement in 2007 and the soundtrack Oscar for Quentin Tarantino's The Hateful Eight two years ago, to whom the theme park's Westerns section is dedicated.
The main shareholders are BNL bank chairman Luigi Abete, who chairs IEG, brothers Andrea and Diego Della Valle of shoe manufacturer Tod's fame and film producers Aurelio and Luigi De Laurentiis.
Cinecitta', a Mussolini-era construct like the Venice Film Festival, the world's oldest, are still the biggest studios in Europe although in recent years the sets have played host to more TV features and serials than films, partly because of big fires in 2007 and 2012.
Many of the worlds created at Cinecitta' have become part of film-making history since the Studios opened its doors in 1937.
Oscar-winning director Fellini, for whom Cinecitta' was a second home, said the Studios represented his "ideal world, the cosmic space before the Big Bang".
Cinecitta' largely owes its success to its legendary craftsmen, who earned a world-wide reputation in the 1950s, with their meticulous re-creating of ancient Rome for Mervyn LeRoy's Quo Vadis and William Wyler's Ben Hur.
In more recent times, this reputation has been cemented by films like Martin Scorsese's 19th century epic of battles between US Nativists and Irish immigrants, Gangs of New York.
Mel Gibson also chose Cinecitta' to film part of The Passion of the Christ and Terry Gilliam came here to re-create the fantasy world for The Adventures of Baron Munchausen.
After the Second World War, when the Studios re-opened, their world-class facilities were a magnet for Italian directors.
From the early 1950s they were joined by many American filmmakers, attracted by the Studios' reputation for creative and technical talent and Italy's low production costs.
The next 15 years saw cinema history made here: from Cleopatra and The Quiet American by Joseph L. Mankiewicz to Helen of Troy by Robert Wise, War and Peace by King Vidor and Roman Holiday by William Wyler, starring Audrey Hepburn in her Ocar-winning performance as an incognito princess escorted for a day in Rome by journalist Gregory Peck.
A total of 48 films partially or wholly shot here have received Academy Awards, with 83 nominations overall. Many were collected by Fellini, who shot virtually all his productions on the lot, including La Dolce Vita, Satyricon and Amarcord.
Other renowned Italian directors like Michelangelo Antonioni, Luchino Visconti, Ettore Scola, Franco Zeffirelli, Pier Paolo Pasolini and Vittorio De Sica also filmed here, alongside Sergio Leone who came to Cinecitta' to make spaghetti westerns like For a Few Dollars More and Once Upon a Time in the West.
Facilities and equipment were updated in the 1980s, along with the creation of a new Cinecitta' Digital centre.
Television shows and commercials entered alongside film production and then in the 1990s, the operation was turned from a public institution into a private company owned by eight partners (Cinecitta' Holding, Aurelio De Laurentiis, Vittorio Merloni, Diego della Valle, Vittorio Cecchi Gori, Robert Haggiag, EfiBanca and the Istituto Luce).
Cinecitta' currently boasts four production centres, more than 30 sound stages - including the famous Teatro 5, Europe's largest, so beloved by Fellini - an outdoor tank of almost 70,000 sq feet, a 25-acre back lot, carpentry and set production departments, a digital centre, post production facilities, film processing workshops, edit suites, 280 dressing rooms/offices, 21 make-up rooms, 82 prop warehouses the list is almost endless.
A cult American director now living in Rome and using the Studios, Abel Ferrara, recently told ANSA: "The history of the cinema is there at Cinecitta', you'd have to be a mummy not to feel those ghosts of the past.
"This is a place where they make great films and they respect the filmmaker".