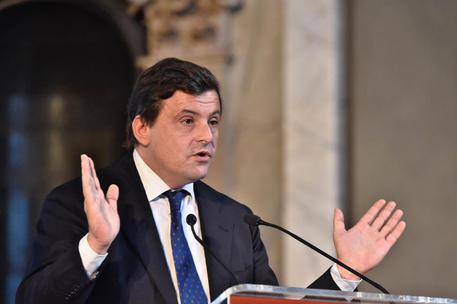 (ANSA) - Naples, October 6 - The European Fiscal Compact doesn't work and no one respects it, Italian Industry Minister Carlo Calenda said Thursday.
"The debate we need to start next year in Brussels is on the existence of the Fiscal Compact, which clearly no longer works - nobody respects it any more," Calenda said.
"The rules on investments aren't working (and) a forward-moving society is built on both public and private investments, which should be considered outside the (EU) Stability (and Growth) Pact. This battle should be fought from within a framework of respect for the rules, and we've designed a structured budget that respects the rules".
Investments must return to their pre-economic crisis level, Calenda said, pointing to his Industry 4.0 plan to boost large-scale investments, innovation and productivity unveiled in September. The plan reportedly aims to attract 10 billion euros in additional industrial investments and seven billion in research and development through tax incentives, as well as to provide support for venture capital, ultra-broadband development, education and innovative research centers. Calenda said the government plans to "shock" the economy into new life with measures contained in the next budget, coupled with Industry 4.0 investments.
Also on Thursday, a conference of caucus leaders decided the House will examine the government's revised Economic and Financial Document (DEF) underlying its next budget bill on October 12.