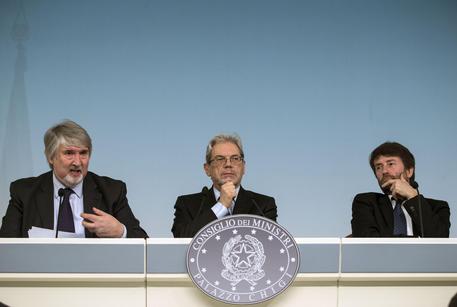 (ANSA) - Rome, January 29 - Cabinet on Thursday approved a packet of measures to protect freelancers and self-employed workers, which were made public on Friday.
The so-called Jobs Act for the self-employed is designed to "build a modern rights and welfare system capable of supporting freelancers' current work and of safeguarding their future," cabinet said in a statement.
The bill would also introduce new norms on so-called smart work, i.e. "the flexible articulation of employee work in relation to the time and place in which it is carried out".
In a bid to prevent employers from abusing freelancers, the measure says written contracts can't be modified unilaterally or broken "without proper advance notice". As well, pregnancy, illness or accidents can't be used as reasons to terminate freelance contracts - instead, they must suspended without pay for a period not longer than 150 days. Women who give birth have the right to five months of maternity benefits. Parents of children born as of January 1, 2016, have a right to six months of leave during the child's first three years of life.
Freelancers' spending to obtain certifications, training, and research aimed at entering or re-entering the job market is 100% deductible up to 5,000 euros.
The costs of participation in conferences, congresses, and professional refresher courses, as well as labor insurance in case of employers' failure to pay, are deductible up to 10,000 euros.
Freelancers and the self-employed are equal to small and medium businesses insofar as access to regional and national funding that comes from EU structural funds.
The measure also calls for workplace flexibility for both full-time and temp workers. Employees who work from home have a right to the same wages, benefits, and productivity bonuses as those working full-time on company premises.