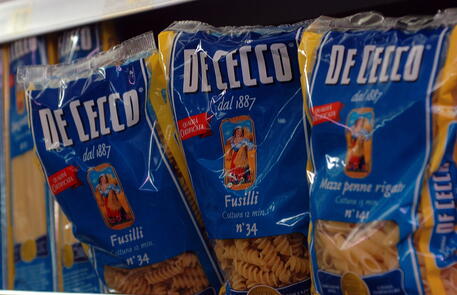 (ANSA) - ROME, JAN 24 - Pasta king Saturnino De Cecco was burgled Monday night in his villa in Abruzzo after he was forced to open his safe after his wife and five-year-old daughter were shut in the kitchen and threatened, sources said Tuesday.
Four armed men broke into the villa at Montesilvano Marina and forced the 42-year-old De Cecco, major shareholder in the family's pasta empire, to hand over jewels, luxury watches and other valuables.
Police said the burglars, who were masked and armed, were "foreigners".
The bandits made off with their swag.
Police said Tuesday they were on their trail and had god leads.
(ANSA).