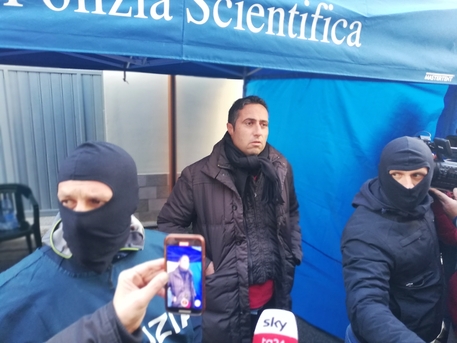 (ANSA) - ROME, JAN 24 - The two sons of Matteo Messina Denaro's driver on Tuesday joined their father on the list of those placed under investigation for helping the 60-year-old Mafia boss evade capture for 30 years before he was arrested in a Palermo cancer clinic last Monday.
The list of supporters of Cosa Nostra's once most wanted man who are under investigation is growing, judicial sources said Tuesday.
Vincenzo and Antonio Luppino, sons of Giovanni, the man who accompanied the mafia boss to the Maddalena clinic, where both were arrested on Monday, have been entered in the register of suspects.
The carabinieri searched the homes of the two Luppinos: in Vincenzo's flat, a sort of hidden room was found, which was searched and found to be empty.
In recent days, in a fenced area owned by the Luppinos, the police found the Alfa Giulietta car used by the boss for his movements. (ANSA).