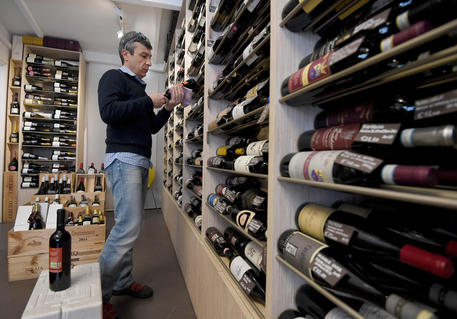 (ANSA) - ROME, JAN 23 - The European Commission is working on wine health warnings, similar to those on cigarette packets, highlighting the risks of excessive use, an EC spokesman said MOnday confirming Italian fears that their multi-million wine industry may be hit by the new labels.
Agriculture and Food Sovereignty Minister Francesco Lollobrigida recently condemned what he called "lies" in planned Irish health warnings on wine, beer and spirits bottles, to be introduced ahead of the projected EU ones.
Italy has said it will appeal to the European Commission, urging the involvement of the World Trade Organization, against the introduction of the labels, which warn that alcohol harms the liver and is linked to cancer.
The cigarette-like Irish warnings were tacitly given the go-ahead after the EC failed to block them.
"Lies seriously damage your health," said Lollobrigida, grand-nephew of recently deceased screen diva Gina Lollobrigida, at a Brescia forum against 'frankenfood'.
"We will support in every way not only actions of defence against the aggression of bogus labels, but we will also make all promotional actions to explain at all levels what are the benefits of the Mediterranean Diet, in its complexity, and our nation's products," he said.
He alter added that Italy will take legal action against what he called "misleading" labels, saying "we will try all legal paths to claim the right not only to promote wine but also to stop some nations stigmatizing it with misleading labels".
Italy had been hoping that Ireland's move would be an isolated one but EC spokesman Stefan De Keersmaecker said MOnday that the EC was working on them too.
"Nobody is against wine, I think everybody likes a glass of wine, what the Plan to Beat Cancer is about is harmful alcohol consumption, which is a public health concern" said De Keersmaecker when answering journalists' questions on the labelling of alcohol with health warnings.
The EU Plan, the spokesman recalled, envisages a reduction in harmful alcohol consumption "by at least 10 per cent by 2025".
(ANSA).