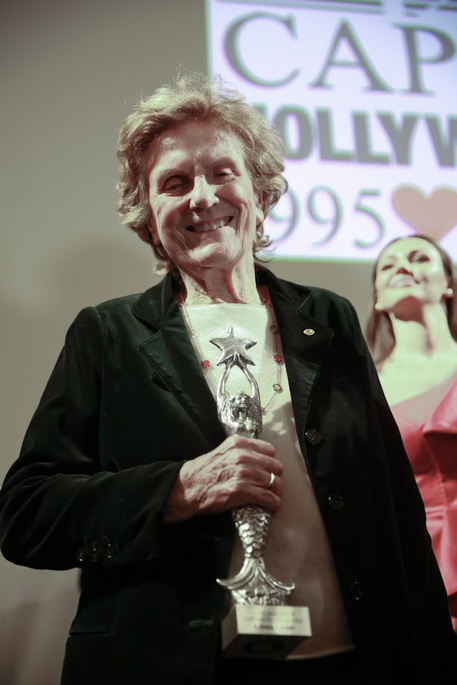 (ANSA) - ROME, JAN 4 - Italian film director Liliana Cavani is shooting her latest film The Order of Time as she prepares to celebrate her 90th birthday on January 12.
The film, adapted from the book of the same name by writer and scientist Carlo Rovelli, stars Alessandro Gassmann, Claudia Gerini, Edoardo Leo, Ksenia Rappoport, and Valentina Cervi.
Cavani, best known for her controversial 1974 film The Night Porter on the sadomasochistic relationship between a former Nazi concentration camp officer played by Dirk Bogarde and one of his inmates, played by Charlotte Rampling, comes from a great generation of filmmakers that emerged in the 1970s and includes the late Bernardo Bertolucci and Pier Paolo Pasolini as well as Marco Bellocchio, still making films like Cavani at the age of 83.
Cavani told ANSA she "felt closest" to Fist in the Pocket director Bellocchio because they had gone to film school together.
As for her latest film, Cavani said "I was really interested in the book and then I got such fantastic actors for the cast".
Cavani, a practising Catholic, also fondly remembered her film on St Francis of Assisi which she said had enabled her to meet late pope emeritus Benedict XVI who died on New Year's Eve aged 95.
"It was one of the greatest joys of my life and helped me get to know the pontiff, an honest man and a philosopher in the deepest sense of the word".
And though she is now on the brink of her 90th birthday, Cavani told ANSA that "I still get angry about social injustice".
(ANSA).